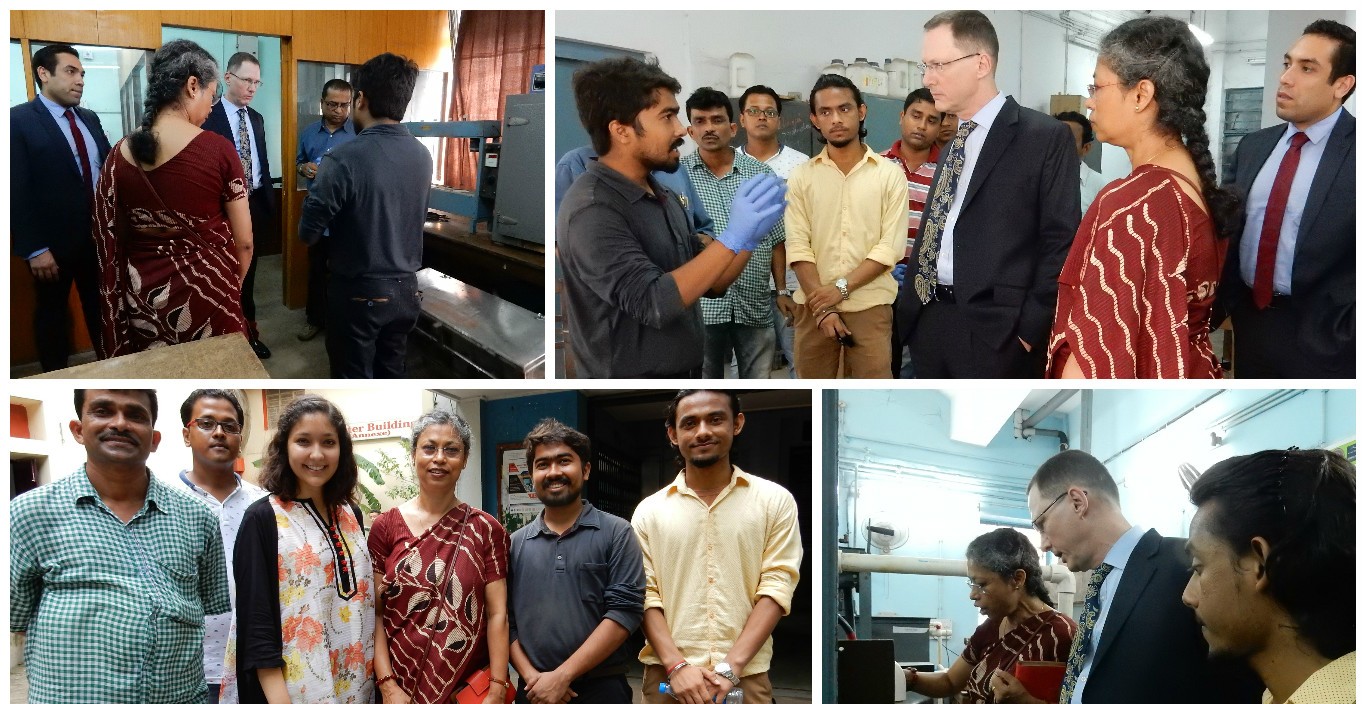 On 12th July, 2016, the United States Consul General, Craig Hall and the Assistant Public Affairs Manager, Greg Pardo visited the Department of Civil and Environmental Engineering at Jadavpur University, Kolkata with Professor Joyashree Roy and the members of the IUSSTF team. The Consul General was taken to visit the 600 Litre ECAR (Electrochemical Arsenic Remediation) prototypes at the Civil Engineering laboratory. He was also shown the work being conducted with arsenic sludge with a visit to the concrete laboratory and the soil testing laboratory. The working of the different technologies was explained by Abhisek Roy and Prasenjit Paul while its significance and the importance of the work being conducted was described by Professor Roy.

[Photo Description (clockwise from left):In front of the electric rotator in the Env. Engg lab, Abhisek explaining the Concrete creation process to the CG,  Group photo in front of Prayukti Bhavan, JU, JR with the CG in the prototype lab]